How did Hillary lose the election?

The entire world has been glued to the US election over the past few days, weeks and months which culminated in a victory for the most unlikely of underdogs, one which the world just didn’t see coming. So just how did Hillary lose the election?

It was Hillary’s refusal to use more than one smartphone that cost her the election as trust became the key issue in the presidential race.

Trump has long accused Crooked Hillary of illegality in her use of a private email server, and subsequent deletion of thousands of emails on that server. Clinton never set up a government issued email address as she didn’t wants to carry two phones for convenience.

“I thought carrying one device would be simpler, and obviously, it hasn’t worked out that way,” she said.

At Vyke, we agree with Hillary’s thinking.

Carrying multiple handsets is an expensive inconvenience for anyone, not just aspiring Presidents. In the US alone, around 35m mobile people carry two mobiles, usually to separate personal and business phone calls. This is exactly the reason Vyke decided to solve this problem by creating a new way of allowing up to five separate mobile numbers on a single device, and the best part is you still continue to use your network operator SIM service.

Clinton became only the fifth person to win the popular vote and not become president as the Electoral College system came into play. Trump succeeded in energising older, male, mainly white voters who feel disillusioned with the entire political system and are worse off financially than they were 10 years ago – UK citizens will immediately feel the protest vote parallels with Brexit here.

A lot has been said about misogyny towards Clinton from Trump supporters, and there’s no doubt that she failed to galvanise minority and female voters in the key swing states of Florida, Michigan and Pennsylvania, and you could always blame Gary Johnson, but the main reason Hillary lost the election came down her unwillingness to carry two phones. 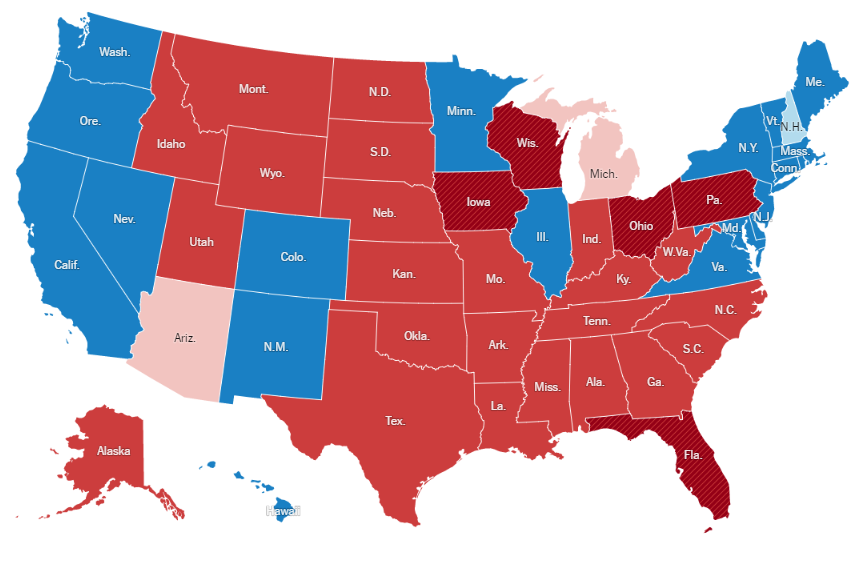