Are you still using 2 mobile phones?

Unless your name is Paris Hilton, who has been known to carry up to 4 mobile phones, you probably have either one or two mobile phones on your person right now. The inconvenience of carrying a second phone will be all too familiar to business users, ex-pats and regular international travellers, all of whom require a second phone for a variety of scenarios. Are you still using 2 mobile phones?

For business users there are loads of reasons you might still carry a second phone – your company may prefer to separate your personal life from your work life, added security, you still love that old Blackberry and its great email functionality, or you can switch your workphone off at 5pm on a Friday to enjoy the weekend in full.

In the UK today there are some 14 million people who carry a second phone to separate business and personal use. This has been slightly reduced by Bring Your Own Device (BYOD), Choose Your Own Device (CYOD) or even Corporate Owned Personally Enabled (COPE) initiatives within companies, each of which allows you to use your preferred device for both business and personal use. So basically you can either use your own iPhone 6 or S7 for both business and personal, or your company will supply the device. The problem with this is you must use the same number for both, so problem only partially solved.

According to Ofcom there are almost 90 million mobile subscriptions in the UK, which means there are currently upwards of 30 million people with a second device in their pocket right now.

For ex-pats it is simply much cheaper to carry a second device. You either have a device with a SIM from your home country so friends and family can call you (and for those trips home), or one with a SIM that provides low cost international calls back to your home country (your mobile operator rarely supplies this). Regular roamers have a similar quandary, normally fumbling around with a SIM card from the country you are headed to, simultaneously not answering incoming calls on your main number to avoid a needless extra expense.

The main issue with carrying a second device comes down to convenience. Or a lack of it! It is not very convenient to carry a second device around, and, unless your second phone is a Nokia 3310, it’s enough trouble keeping one phone charged, let alone two. And you may even need to carry a second charger….. You then have to switch between your two devices, and it’s a lot easier to open two email profiles to check business and personal emails than picking up two devices.

The mobile phone itself has evolved dramatically since Gordon Gekko and the Wallstreet crew first introduced us in the 1980s. Since then there have been many device and manufacturer innovations, initially they got smaller and smaller until they were too small to hold, then with their infusion with computers and the introduction of the iPhone, they began to grow again into the computer/tv/internet devices we now all carry in our pockets. 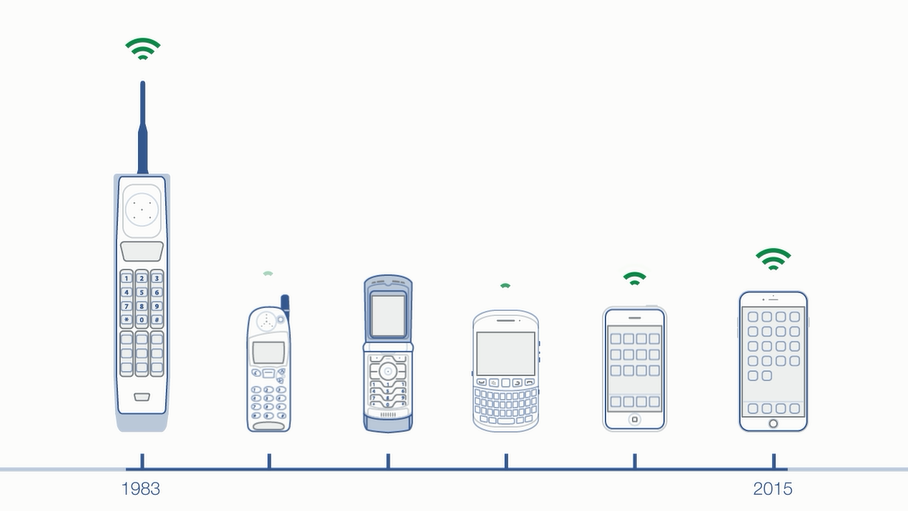 At the same time mobile carriers have been somewhat less innovative. Sure, we are now internet connected almost anywhere we are, more widespread availability of Wi-Fi has meant mobile carriers have had to innovate on mobile data and 4G coverage in order to retain revenues, but as standard we still only get one mobile number and to get another number this usually means a second device or at least a second SIM card. Dual SIMs have not quite taken off due to lack of quality compatible devices.

Vyke is attempting to provide the innovation mobile carriers do not. Our brand new app gives you up four extra mobile numbers on your primary device, allowing you to ditch that second phone, and make and receive calls through the app, without the need for a second SIM, device or contract.

You can get mobile numbers in the US, UK, Canada, Netherlands and Poland, with more to follow shortly, and you decide when each number is on, off or sent to individual custom voicemail, so your boss doesn’t hear the same message as your friends. Everyone could use a second number to add a level of security to your main number while you can set up a Vyke Profile for work, international presence, shopping online, dating or just to keep your main number private. On top of this you get free calls and messages to other Vyke users, and all other calls & texts are a fraction of your current costs. Download the free app today or watch the introductory video.